The story of the craziest week of my musical life…

In June 2019 the album Colour of Noise by the legendary bassist Derrick Hodge was released. Stuck at home during lockdown I finally had the time to actively listen to whole albums. Something I love to do but hadn’t done in an embarrassingly long time. Totally gripped by incredible playing and the range of expression and emotion throughout, I had the album on repeat for weeks.

Not expecting a reply, I sent Derrick an Instagram message to say how much I enjoyed his work. To my great surprise, he did read my message and wrote back to me straight away. Also complimenting me on some of my recordings and videos.

A year later and he invites me to come and perform a reimagined version of the Color of Noise for the Dutch Double Bass Festival in Rotterdam. He has also booked the absolutely incredible drum prodigy Marcus Gilmore and the Cuareim String Quartet.

I drove over to the festival not knowing how this whole idea would manifest or even which tracks he had reorchestrated and how I would fit into the mix. I check into the hotel under the DDBF group list and my name was in between Marcus Strickland and Ben Williams. It suddenly hit me what I was there to do and the company I’d be in.

My day continued to get crazier. To get myself and my bass to the venue, the manager organised that I would take a taxi…with John Scofield. He was a lovely guy and we chatted about vintage instruments the entire journey.

I arrived just in time to hear Dave Holland be interviewed for the Discover Double Bass platforms Geoff Chalmers. Dave went on to tell his definitive Miles Davis origin story. Afterward, I had the opportunity to chat to him and shake the great man’s hand.

Rehearsal time was here and we all finally met each other. There was an instant connection between all the musicians in the room and Derrick made everyone feel at ease and equal. Hearing Marcus play his first takes on the long-form, 7/4, colossal drum feature Color of Noise is something I will never forget. I couldn’t have been more aware that these guys sitting metres from me are such a huge legacy in music history.

After the rehearsal we wandered back to the hotel exchanging stories and jokes with each other. We then bumped into Janek Gwizdala after his set and he and I stayed up until the early hours talking bass and travel.

Gig day. We have a delicious lunch by the waterfront, during which we had a surprise group phone call with John Patitucci. As you do! We then meet backstage for a brief discussion and I’m told then that we are going to end the set with a duo between Derrick and myself. A great honour but a great responsibility to finish not only the set but the festival as two bass players. Especially on no rehearsal and somewhat unfamiliar music.

The audience were also treated to an original piece by the Cuareim Quartet’s own virtuoso cellist and composer Guillaume Latil. A breathtaking west-African influenced semi improvised piece called En Ton Île. (On your island). I have never heard string playing like it. The piece is featured on their album Danzas.

Even during the concert we were all still trying to figure out the dynamic between each of us in real time. There were moments when everyone veered wildly from what was on the page because it just felt right. It was a true reflection of what Derrick and his music are all about. A blend of technical brilliance, freedom, acceptance, collaboration and communication.

The music didn’t stop at the end of the concert. We all played in the hotel lobby until the morning while the drinks and conversation flowed.

The day after I got to debrief the whole couple of days with my good friend Josh Arcoleo and Planet B/Phronesis bassist Jasper Hoiby and got soaked in the rain exploring the city.

Words alone can’t express enough how much these two short days have meant to me. The opportunity to meet my heroes and see how these great musicians communicate on and off the stage will inspire and influence me forever.

Thank you to Rodrigo, Johan, Olivier, Guillaume, Marcus and of course, the one and only Derrick Hodge. You’ve made this bassist very happy. 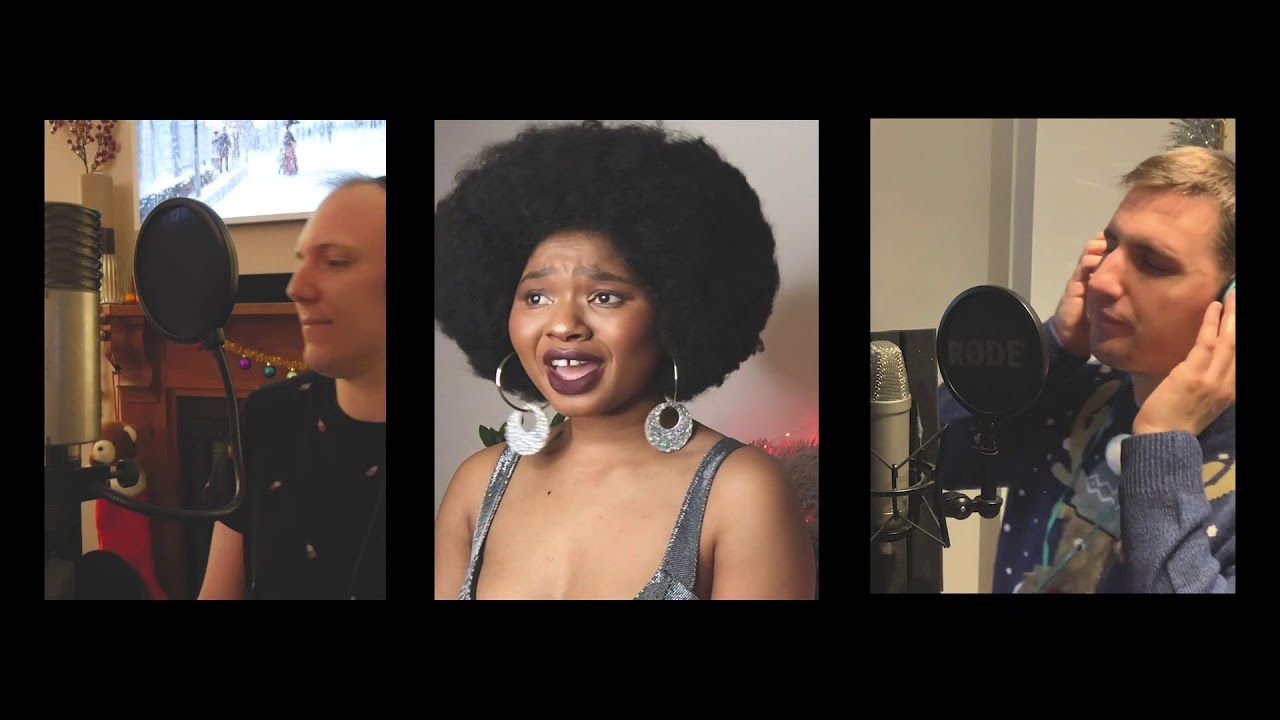 All I Want For Christmas

Now You Can Blog from Everywhere!

Would you like Tom to play on your track?!